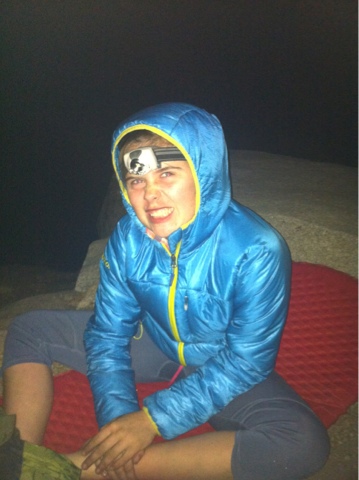 Posted by Ella Kirkpatrick at 20:20 3 comments:

Third day on the wall and today may have been the hardest day of my life!!! First of all i was still getting over poo trauma. And to top it off I was MEGA tired. We've climbed very close to the top of the wall and only have 3 pitches to go. We're sleeping tonight 600 metres off the ground and there a bats in a crack just above my head! at one point I didn't think i could climb the rope and dad said Aldo would have to haul me up. I said that I had to do it otherwise I'd be disappoint when I got to the top. I also had my first cry today but only because I dropped my iPod!!!!!! My dad said he'd buy me an iPad if I got to the top!

Tea tonight was can of diet Pepsi, cold beans and sausages, a tin of pineapples, and tuna mixed with cream cheese. It sounds horrible but so hungry I don't care what I eat!!!!! 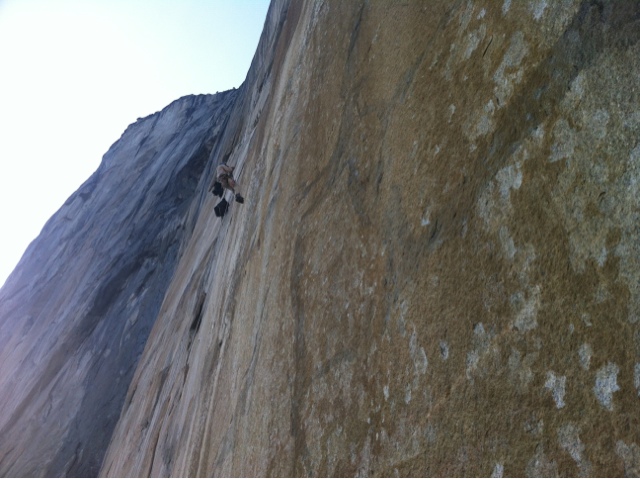 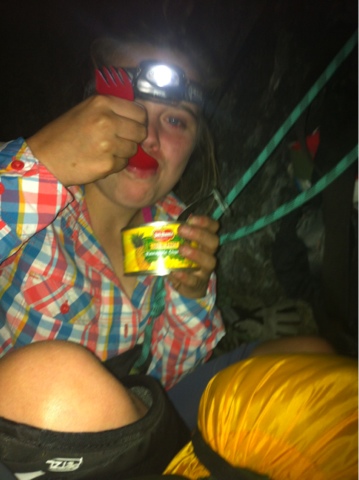 Posted by Ella Kirkpatrick at 21:47 No comments:

Too tired to blog

Tonight I'm blogging instead of Ella (I'm her dad) as she's so tired I had to take her shoes off and stick in her sleeping bag (her second night sleeping in a portaledge on el cap). At the moment were 10 pitches up and maybe three times higher than the London eye. Ella's had some really terrifying climbing to do today, but she's taken it in her stride and I'm so impressed with how tough a 13 year old could be. Hers a picture of Ella on the 6th belay today plus one of her climbing. 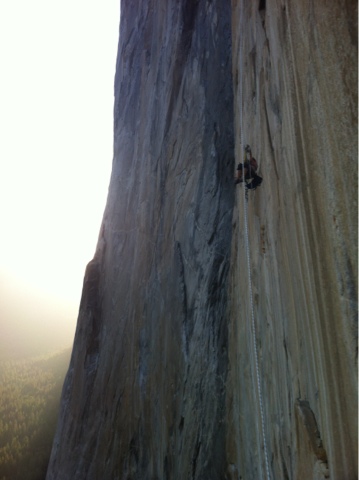 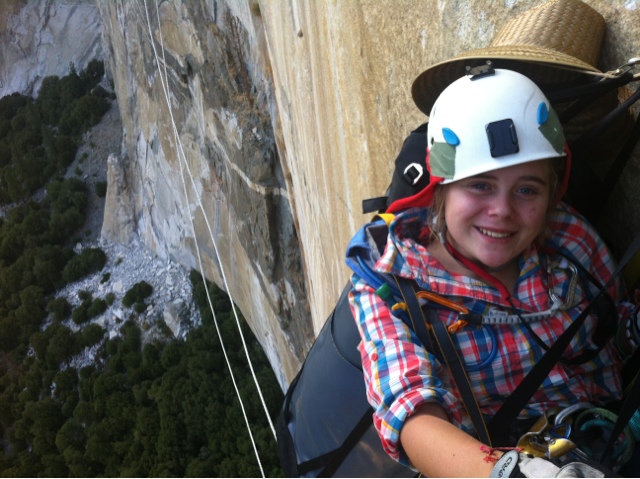 Posted by Ella Kirkpatrick at 23:35 No comments:

On the wall finally!

At last I'm finally on el cap! The portaledge (first time I've slept in one - and we're 140 metres on el cap!) is up and we've just had tea. Tea was one bagel with one bossan cheese a pepper and a tomorrow. I also had a can of warn diet Pepsi.

Last night we hauled our selves up to the bottom of El Cap in the dark, and found two rattle snakes near we're we slept.

We slept next to el cap (all six of us)but it was too light to sleep due to a super bright full moon.

Ben said we would should have a swear box, but now he says everyone but me owes it thousands of dollars.

It's very hot hear tonight and enthusiastic about tomorrow. Think well have to sleep two more nights on the wall. 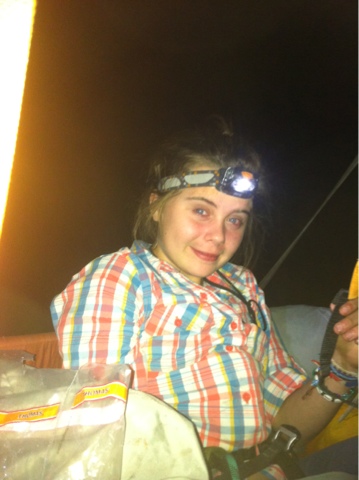 Posted by Ella Kirkpatrick at 20:40 No comments:

My day in San Francisco

Sorry for my lack of blog yesterday but I was on the road for most of the day.

Yesterday we got up and left our motel in Mersed and set of to San Francisco not forgetting to mention the fact I went to my first starbucks drive through. So we got to Berkeley and we spent about two hours looking around for a shop called marmot but finally when we were too hungry we pulled over and went to just the American equivalent of a decathlon. As we were paying we asked the lady behind the till were the marmot shop was and she told us that it had been shut down since march!

After that we went to pick up des and ben at the airport and had a black bear diner burger and the man. Sitting next to us has a plate size taco!!

I think the plan is we're climbing on Monday once des has a permit.

Here's a picture of me below el cap

Spent the night down in Merced so we could pick up BBC today from the airport. Got to sit in a motel, eat Mexican and watch men in black. Feeling very tired as its so hot once you get down from the mountains. Can't wait to get back to Yosemite. 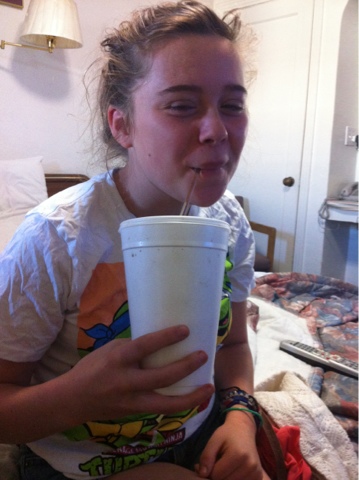 Posted by Ella Kirkpatrick at 08:06 No comments: 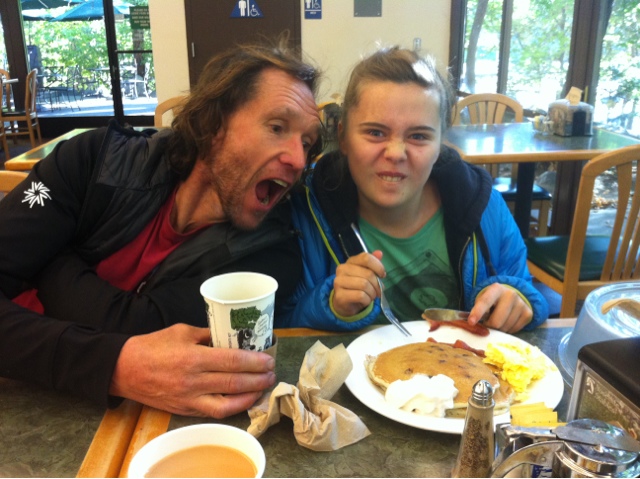 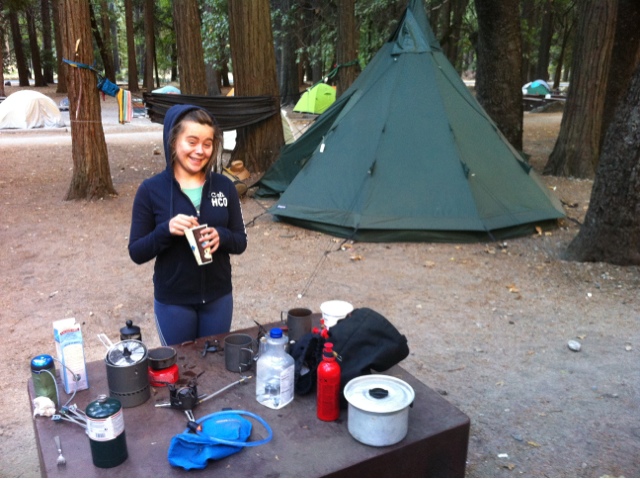 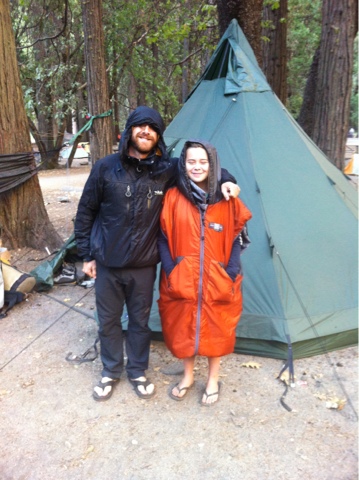 Posted by Ella Kirkpatrick at 18:26 No comments: